Your hand reveals it all at one glance!

Palmistry – Rule Maker or Rule Breaker or  Leaders and Followers is a guide which will help you select the right career, the right coaches,  parents to understand their children better, and even help everyone vote for the type of leader who is actually behind the hype and PR and for everyone else to find the right lifestyle for themselves in terms of their career or the choice of life partner.

As soon as you read the ebook Palmistry – Rule Maker or Rule Breaker, you will understand the two styles of every celeb shown on the cover and many more listed in the book. This will help you understand what your own potential is and the pros and cons of each approach to life.

This is my latest book Palmistry – Rule Maker or Rule Breaker on Amazon.  I have taken only two points and elaborated on them with real-life experiences and pictures of celebrities that are in the news. Are you a Leader or a Follower will also help you understand if are a Rule Maker or a Rule Breaker!

This book is a key component of my life coaching as the two main approaches it deals with are the basis of all your future success or lack of it.

Click on a link below to start changing your life now!

Here is the link to Amazon US

Here is the link to Amazon Canada

The Biggest Challenge of Our Society

One of the biggest challenges of our society is that most people take up jobs and a career where they are total misfits and then try to adapt their whole lifestyle around it.

Once you read this self-help book, you will be able to understand what is your approach to everything in life in terms of following the rules or having conflicts with authority unless you have your own way of doing things. The same principles will help you understand your children and your spouse. Remember this is only your approach but applies to almost everything in life.

Are you motivated by security and productivity in terms of long-term gains, or does everything have to be like a game to you including education and work? Instead of learning scales for six months on the piano at the conservatory, do you need the Suzuki method where you learn a few chords and see the results right away and begin to compose on your own.

There are variations of the Headline in terms of how close or far apart it is from the Lifeline. It may be joined slightly or for a considerable distance, or the Headline may be a little bit separate or far apart.

There are pros and cons to both groups (Headline joined or separate) and of course dividing the entire population into two groups may appear to be full of generalizations, yet this is the shocking truth and underneath all the shades in between, there are some very fundamental traits which are consistent for all hands around the world and in every profession.

It is also important to understand that there are slightly different rules for men and women or rather what is more of a natural masculine and feminine trait.

This book will show you how easy it is to find out what your approach in life is. Are you a motivator and action-oriented or one who would rather follow the rules?

In the title of this book Palmistry – Rule Maker or Rule Breaker or Leaders and Followers, when we are talking about a follower,  it doesn’t mean that the person cannot be a CEO or the president of a country.  It just means that their approach to life is that of one who follows the rules and their style is more hard work than a sudden climb to fame to power.

Imagine being able to look at any celebrity hand and right away establish if they are the daring and dynamic type or really cautious and not very spontaneous. Do the roles they play in the movies require them to mold themselves to a totally different character or are they acting their own temperament out like Tom Cruise in Top Gun!

You would be able to look at any presidential candidate and immediately know if they will maintain the status quo or bring significant changes regardless of the opposition to their plans from everyone.

This is also a great help for casting directors and those who promote singers and people in the entertainment world. What was the single most powerful indication in the hands of Britney Spears, Madonna, Rihanna, and Beyonce which put them on top of the chart? Which singer is naturally dynamic and will immediately get to the top of the chart? Which Presidential candidate will actually bring changes and which one will just maintain the status quo?

How does the Head Line of Tom Cruise immediately show that he was completely natural as the maverick ace pilot in Top Gun and was just acting his own personality? What kind of moves is the best for different actors? Can we see this right away from the simple lines of their hands? All this in our latest eBook Leaders and Followers!

How does President Barack Obama’s Hand show that he definitely has the single most important ingredient to be a motivational speaker? How does it also clearly indicate that he doesn’t really care for other people’s opinion?! That he has the hand of someone who will bring about major changes in the system.

It would take you less than a minute to figure out how the dashing Bollywood actress Aishwarya Rai settled in her role as a wife, mother, and daughter-in-law so naturally! What makes most Bollywood actresses look so feminine even as they play the role of those who are breaking their tradition?

What does their hand reveal in terms of their closeness to their family?

How is Angelina Jolie completely different from Aishwariya Rai even though she is a very good mother?

Why does she mostly play action roles and why is she so natural at them?

What is a “natural style” of an actor in terms of playing the role of one who is law-abiding and follows the rules or one who is constantly breaking them?

Why are some actors constantly in trouble with the law?

How does Einstein’s hand reveal that he was more interested in the challenge of solving a cosmic riddle rather than just issues on the Earth? How does it clearly show his need to break free from tradition? Everyone probably thinks that Einstein was a very patient person but his hand shows otherwise.

What is the indication on his hand that the only way he could keep his incredible focus was if the challenge was still there and he saw the results at each step of the way – a crucial insight for any parent of a child who has ADD!

What does the Head Line origin in Einstein’s and Beyoncé’s hand have in common?

How does it show both of them to be a bit rebellious, action-oriented and wanting to take on new challenges all the time?

What does your Head Line reveal as to your approach to life and why is it so crucial that you understand this very basic foundation of Palmistry?

You will be able to instantly recognize why any public figure behaves the way they do as they wave to the crowd! 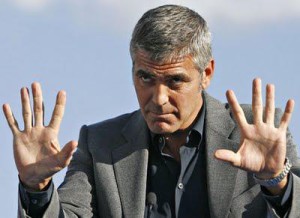 How does George Clooney’s Head Line show that he is somewhat of a “mama’s boy”? That he cares too much about the “consequences” of his action and needs to take more chances.

What is the single most important quality he is looking for in the ideal woman and why does he keep picking the wrong choice.

Is the great Shahrukh Khan of the Bollywood movies really “acting” a role very different from his true nature when he plays the hero who breaks every rule?

Is he a cautious person in real life or does he really have a devil-may-care attitude that he so successfully projects on the screen?

In fact, what do Amitabh Bachchan, Salman Khan, and Shahrukh Khan have in common? All of them have been the top leading actors and yet their hands show them having a very different personality in real life! One glance at their hands and you will be able to see all these things very clearly in our eBook Leaders and Followers.

Are you a leader or a follower? A rule maker or a rule breaker? Do you simply follow the rules or are constantly having conflicts with authority figures unless you have your own way. The same principles will help you understand your children and your spouse. Remember this is only your approach but it applies to almost everything in life!

This self-help kindle book, is a must-read not only for the general public but the athlete, the coach, the teacher, the parent, the actor, the director and all of them have been discussed with many illustrations and pictures of real celebrities

Whether you are a follower of rules or one who is a natural leader but gets into trouble with authority figures all the time and procrastinates till the last minute, it is all in your hands. There are basically two types of leaders, CEOs, teachers, coaches, athletes, actors, and even workers.

Although there are a few variations, we have taken the two extremes to make the contrast even more clear i.e. cautious and methodical vs. action-oriented and spontaneous types. Find out which approach is natural for you and best suited to lead a happier and balanced life. Your personality keeps changing but your temperament never does and this Self-Help book will show you which approach is best suited for you towards your career, relationships, or completing a project and how you come across to others in public.

This could be a life-changing experience for you as you will discover how to accomplish much more in life just by following your natural approach to everything in life. When we are talking about a follower, it doesn’t mean that the person cannot be a CEO or the president of a country. It just means that their approach to life is that of one who still follows the rules and their style is more hard work than a sudden climb to fame and power like Obama. Similarly, a leader in this context is one who is the leader of the pack and takes matters in his own hands. Leaders and Followers will help you understand your child as well and to develop their best characteristics.

I have also given the four types of Head Linen combinations for men and women for marriage. It is amazing how such a simple thing can make such a huge difference in understanding and expectations of each other.

Hope you enjoy the book Palmistry – Rule Maker or Rule Breaker and remember there is hardly any area of life where you cannot apply its principles, from movie director and casting director to actors, singers, coaches, teachers and students, presidents, athletes, etc.

People will be motivated by power, dark moods, fear, and morbid thoughts now and acts of destructiveness will abound. People tend to be more obsessive, intense, sarcastic and vindictive now. Be tactful to avoid making enemies and cultivating bitter rivalries later on. Don't be resentful or fatalistic. Remain optimistic, be more forgiving and keep a low profile. Excellent days for self-mastery, research, and power of the mind. Drink more water, cut down on red meat and avoid dark alleys. Political violence, assassinations, and funerals in the news. People are more susceptible to kidney and urogenital area problems now. Today's colors are Black and Burgundy.