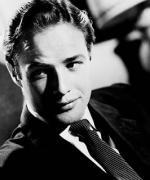 Marlin Brando had Neptune in Virgo

This somewhat reclusive age group of perfectionists and master craftsmen is close to nature and loves the countryside, natural remedies, and herbs but needs to be careful of antidepressants and smoking. They are known for their caring nature but tend to worry a lot and have many phobias and guilt feelings.

They tend to worry a lot and not only is it easy to make them feel guilty but they are great at making you feel guilty as well (mothers and grandmothers of this generation are always worrying and complaining). Some of the best music producers were also from this age group and their motto that best describes them is “don’t learn the tricks of the trade, learn the trade”! Interestingly, many of them were involved with fraud in money matters (Bernie Madoff) but contributed most of it to charities. 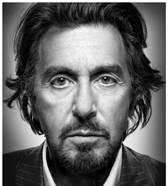 Their era really started with the stock market crash of Oct 1929 and the Great Depression and it also makes them very unselfish and sacrificing for their family and others. As many of them were born in poverty or went through a very trying time, they don’t have any ego and are often putting themselves down. You also find them naturally drawn to sadness and minor chords and blues.

Nursing started under this transit and they all have the spirit of a Florence Nightingale in them. They are also the true musicians and the Blues, Jazz and Gospel singing is the hallmark of this age generation. Ludwig van Beethoven was born with Neptune in Virgo and was very critical of others and quite reclusive and misunderstood. You find the same pattern in a lot of talented poets, songwriters, and musicians who have Neptune in Virgo.

It is easy for them to go into self-pity (many country singers), depression, and they tend to be rather lonely and reclusive Johnny Cash always wearing black is a perfect example). 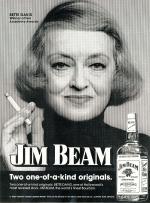 Healthwise, they have to be careful of stress-related illnesses and bladder area and problems. Smoking, alcohol, and drugs were common for this age group and especially weed and home-grown marijuana.

The old black and white movies with jazz playing and a lot of smoke and drinking show the self-destructive aspect of this generation very well. However, it is more from a lack of caring for self than and feeling sorry for themselves rather than being self-destructive thought.

They tend to be very humble and exactly opposite to their previous generation which was quite dramatic and flamboyant and known for their love of parties. This age group doesn’t like too much makeup and prefers cotton to silk. Being near the countryside is very healing for them and gardening and agriculture is another very positive hobby for them.

Here are some of the talented Actors, Musicians, Fashion Designers, Film Producers, Politicians and even Business People who show distinct Neptune in Virgo perfection and humanitarian side:

Musicians and Composers: Glenn Gould (the talented Canadian pianist mostly Bach), Paul McCartney of the Beatles (involved with many charities), Quincy Jones (the legendary composer and record producer with over 27 Grammys who produced Michael Jackson’s Thriller and is also a quiet humanitarian).

Entrepreneurs: Martha Stewart (a very good example of the positive aspects of Neptune in Virgo: editor of a national homekeeping magazine and K-Mart spokesperson, natural products for the common people), Warren Buffett Woody (the frugal and very humble billionaire who pledged 99 percent of his fortune to philanthropic causes),

Fashion Designers: Giorgio Armani (one of the most successful Italian designer who was the first to ban models who were anorexic with BMI less than 18), Karl Lagerfeld (designer but also fashion critic; mostly wears black and white and hides behind dark glasses), Yves Saint Laurent (very successful designer who made ready-to-wear popular for everyone).

previous
Vladimir Putin and Ukraine
next
Age of the Golden Movies

by Hassan Jaffer ~ People tend to be more dramatic and flamboyant now. Take advantage of the grand feeling and focus on publicity, weddings, buying expensive designer clothes now but be careful of overspending. It is easy to forget your means and overindulge your taste. This is an excellent time for launching new products, public relations, public speeches, and theatrical reviews. People are more susceptible to heat-related illnesses now. Today's color is Gold. Hassan Jaffer