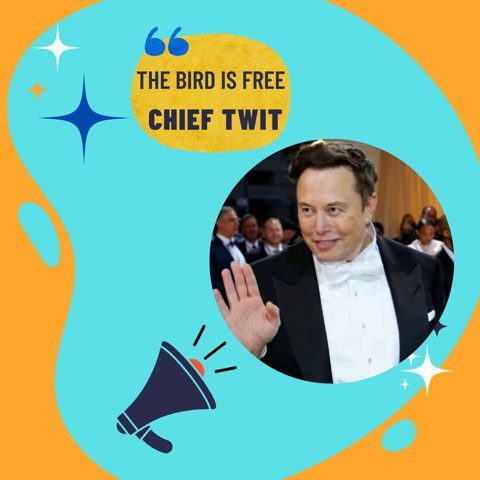 Here is the horoscope analysis of Elon Musk, the TechoKrat, as he likes to call himself and the Chief Twit of Twitter which he recently acquired for 44 billion dollars!

The first thing we notice in his chart is that he has Gemini Rising, just like Nikoli Tesla, and Mars in the sign of Aquarius, just like Leonardo da Vinci which makes him act upon his inventive ideas.

Elon Musk has Aquarius and Pisces in his 8th house, so he is supposed to make money from Aquarius hi-tech.

It makes sense that he has SpaceX, Neurolink, and telecommunication companies.

Pisces is analog technology. He might get involved with film and is already doing humanitarian projects like his under 10,000 dollars solar-powered houses.

Elon has a Mars Jupiter square, which makes him like an Olympic athlete, like a gambler who takes chances, especially with the Aquarius theme.

Mars in Aquarius sq. to Jupiter is coming from his 8th house, so he’ll keep doing all the hi-tech projects, regardless of what people say.

He has Mercury in the sign of Cancer, which gives him excellent management skills, just like Trump, except he doesn’t have a Mercury Neptune aspect and can separate truth from fantasy.

Mercury in Cancer also gives him excellent memory and retention and a nice wisdom element.

He has Moon in Virgo Squared to Saturn, and one of the things we found in Asperger and Autism in our Let Kids dream.org, our non-profit organization website.

At letkidsdream.org, we are doing a lot of research, and we found the Moon-Saturn to be one of the hallmarks of both Autism and Aspergers.

They don’t have much access to their subconscious mind. It also makes them socially isolated and dislike mingling or speaking to people. They don’t like to have pictures taken.

Because of their lack of access to their subconscious, they can appear to be cruel, but they are ruthless with themselves as well. Elon Musk used to work 18 hours a day and even slept at his factory.

The Moon-Saturn aspect indicates being anemic, so they need more iron. It is also one of the signs of depression, especially in women, and all they need is iron, but in men, it just makes them emotionally tough.

So Mars square Jupiter makes him take chances. It gives a luck element with the travel industry, so it makes sense that he has Tesla motors.

The fact that Tesla motors are electric is part of the Aquarius in his 8th house, and Mars is also in Aquarius. Of course, SpaceX and his interplanetary travel ambitions are also part of it.

Uranus in the 3rd house indicates brilliant ideas, plus he has Mercury square Uranus, which can make a person appear somewhat eccentric.

Having Mercury in Cancer, he is actually very understanding and wise and can implement his ideas as well.

Although he is brilliant, Elon Musk is not purely conceptual or rational and objective like Tesla, who had Mercury in Gemini.

Elon Musk has Mercury in Cancer and has a wisdom element and looks at the feasibility of any project and can do something tangible with it.

Here is my YouTube analysis of the two completely different sides of Elon Musk, the chief of Twitter he owns.

Neptune was just into Sagittarius when Elon Musk was born.

This happens once in 165 years. and it is a very philosophical age group.

Everyone born in the 70s and early ’80s has Neptune in Sagittarius.

Here are the exact dates for Neptune in Sagittarius:

Abraham Lincoln, who gave freedom to all slaves, and Martin Luther King were both born with Neptune in Sagittarius.

I call it the UFO generation.

That’s why Elon Musk’s ventures into interplanetary travel are very natural for him, and he perfectly represents that entire age group.

But it’s extremely humanitarian, and he feels the need for the people, the poor, and the downtrodden. So It’s a very humanitarian aspect to have the Moon Neptune aspect. It gives an acute sensitivity to your environment as well as the needs of the people.

Elon Musk also has a Moon square Neptune. Actually, it is a T-Square with Moon, Saturn, and Neptune.

The Moon Neptune square gives him empathy and compassion for the poor and the needy, and he is very humanitarian.

So the Moon Saturn makes him emotionally tough and demanding, and Saturn’s opposition to Neptune gives phobias and deep insecurities. However, whatever Neptune represents,

Saturn makes it productive. So, for example, many Sitar players in India practice for years, then come on the stage after perfecting their art.

In other words, Saturn opposed to Neptune, makes one hone their talent, and the deep insecurities drive them to finish what they start, so it is perfect for accomplishment and creative things.

Now, the Moon square Neptune indicates an emotional vulnerability. Once his emotions get involved, all his good sense and logic go out of the window.

The Moon Saturn aspect makes him very single-minded and somewhat ruthless in accomplishing and doing something for them.

He also has a grand trine with Venus, Mars, and Uranus in Air signs.

The first psychic fairs were held in 1971 when Neptune was in Sagittarius. Unfortunately, it is more like a psychic zoo now! But that world mood represents that generation.

Venus in Gemini, like Shakespeare, shows his need for intellectual stimulation and communication with his partners.

Venus in Gemini indicates that communication is very important for him regarding love relationships. Love is the area where he is more cerebral and rational.

Venus is in the 12th house of research, so instead of secret love affairs, as they used to describe in old-fashioned, ancient astrology,

And what he loves most is research, even the divine laws; that’s all part of that Venus in the 12th house,

There’s a wide Venus-Pluto square which shows the impossible type of relationships.

Now for the transits, that is what he can expect in the coming months.

Elon Musk has Saturn moving up in his chart, which is excellent for public response.

However, Saturn is touching off his Mars. This is a major accident configuration, and he needs to pace himself.

It points to legal hassles and being in his 8th house of other people’s money. That’s why there were so many problems with Twitter and also the fact that he paid so much extra for it.

That’s all part of Saturn being in his 8th house. Ordinary people would go bankrupt and feel it more, but a few extra billion dollars hopefully offset the accident configuration in his case!

The Saturn-Mars aspect is the hallmark of doing too many things, losing his temper, and often having heart problems if he doesn’t pace himself. Firing the CEO and the CFO probably was a great outlet!

The legal hassles are not finished yet. December 2022 is not very good for legal matters; very similar timing to Donald Trump.

Elon Musk should try to bide his time and pace himself.

With Mars in Aquarius, a Saturn-Mars transit can affect the spine, especially the neck area, and is one of the heart configurations,  especially if the person is doing too many things and doesn’t have physical outlets that are harmless.

Saturn is a 29-year cycle, and this adverse Saturn-Mars aspect happens approximately every seven years and it finishes by the end of Dec 2022.

I would postpone any space adventures or lift off during this accident configuration, especially as it is in the sign of Aquarius, which is aviation and space travel.

This is why I would bide time, not take any risks, and have some good outlet for anger and frustration.

On the positive side, Jupiter sextiles his Mrs on 8 Apr 2023, so from the end of March till the end of April 2023, this period is very lucky for his stock prices going up, taking bold steps, and it is an actual windfall configuration.

Now all his planets are moving up, and he’ll become more and more involved with the public. In about five years,

Elon Musk has laid the basis of Pluto in Aquarius,  the Age of AI and Robots with his Tesla Motors, SpaceX, free Twitter and Neurolink.

Pluto in Aquarius is the beginning of the true digital age of Artificial Intelligence.

This once in 246-year event will revolutionize the space age, and the internet will become much more intrusive and will redefine humanity and universal values.

We have a unique website Astrocalendar which is personalized for you and your family.

All of these articles help you understand the transits but the timing and duration (how long does it last) are in Astrocalendar.

The calculations are already there and all you need to do is check out the interpretation.

While you learn the practical application of the best astrology rules, you will get to learn astrology as well!

Subscribe to Astrocalendar to find out when this transit happens in your own life along with many other short-term and long-term transits.

Your In-depth Personal Profile Report discusses all your strengths, innate potential, limitations, temperament, and attitude toward love, finance, and other important areas of your life.

It uses The Sacred Language of Astrology but in plain English!

To make the best decisions about the most important events in your life concerning your finances, health, travel, relationships, and even accident-prone days:

When is your lucky time for love and money? Find out in Your 12-Month Forecast.

AstroCalendar is your Personalized website and shows your Moon Transits and their meanings on a daily basis plus all the planets and what they mean in your life.

AstroCalendar is a 12-month subscription and you can also include your children or other people.

by Hassan Jaffer ~ People are generally more critical now and also very sensitive to criticism. Excellent time to get organized and focus on efficiency and time management. Clean up your shelves and get rid of old magazines and clothes. Use the increased critical faculty to organize, sort and file rather than to nag others. Often cloudy and overcast. Great time to evaluate your health and nutrition, especially preventive and buy natural products and vitamins. A tendency to worry now and bladder related problems. Today's color is Olive Green. Hassan Jaffer 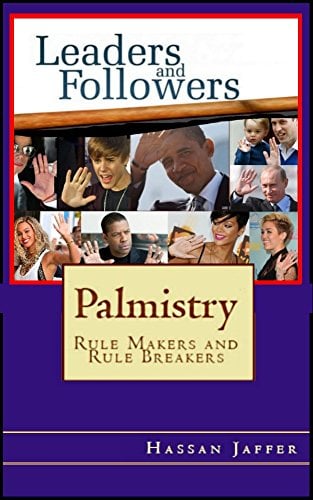