Coronavirus is not a short-term event but a planned global event which is reflected in three long term transits: Pluto in Capricorn which affects the global economy and restructuring of big business and corporations  2- Neptune in Pisces bringing in the revival of faith and spirituality as well as free concerts by musicians and artists and 3- Uranus in Taurus and major changes in the banking industry and cryptocurrency.

As a world event, this period is excellent for inventions and novel ideas in the news. However, there is also adverse news concerning those connected with the computer industry. Climate is usually much colder now and accidents in icy conditions more common. Nasdaq will be very volatile now. Be careful of spine-related problems.

Jupiter in Capricorn  period shows that emphasis will be on long-range planning and overhaul of government institutions including pension funds, health care systems, as well as changes in the way the government is run. People will be more prudent and inclined to invest in commercial properties as opposed to pure speculation and the stock market – Dow as opposed to the NASDAQ. Long term tangible investments and the manufacturing sector will gain. Banks and the manufacturing industry could gain by being bailed out by the government now.

Saturn in Aquarius will be inventive ideas that are also very productive in the area of social causes and welfare to benefit all. Technology and virtual reality may attempt to substitute emotional closeness. Good for space-age technology. Spine and circulation problems are more common now. Research for nerve-related problems and possible cures for the spine and nervous system disorders now.

Uranus in Taurus Combines the old with the new in the global theme now. History transferred to digital eBooks and virtual tours of ancient monuments and museums is one example. Your age group has a deep respect for tradition and culture and has the ability to combine it within the framework of modern times. New ways of doing old things or using modern technology for doing traditional work. New ways of preserving history in electronic format. Crypto-currency replaces traditional physical currency in many countries.

Neptune in Pisces is an extremely inspirational era that repeats itself every 165 years. There will be a revival of faith and true spirituality as well as inspirational music and children’s stories in 3D and holography. Floods may be the result of this position but there will be increased humanitarian missions and concern for the welfare of the poor and needy. Impressionist paintings will also thrive not as will inspired writings.

Pluto represents changes at the fundamental level and Capricorn is the sign for manufacturing, big business, corporations, government and everyone’s attitude towards material possessions, and we will see a complete transformation in all these areas. Between Nov. 2008 and summer 2009, the stock market will be redefined and billions used to bail out banks and manufacturing companies. Pluto stays in Capricorn from Nov. 2008 to Mar 2023.

This once in 245 years transit will decentralize the government and work against the wishes of those who want a One World Government. For several years, the abuse of power amongst the governments will be brought to justice and constitutions restored. There will also be an emphasis on free energy, natural forces, and harnessing of wind, ocean, and solar power.

The Geological revolution will continue until 2023. Global warming will be recognized as a major threat and all governments will do their best to reduce it by controlling the pollution and waste from large institutions and manufacturing plants. In fact, there will be major discoveries that will redefine the manufacturing process. Synthetic Diamonds and other stones will be manufactured. Asteroid redirection by NASA will be initiated now.

(Already in effect, continues past report date, exact on 7 Jan 2020)

Emphasis will be on long-range planning and overhaul of government institutions including pension funds, health care systems, as well as changes in the way the government is run. People will be more prudent and inclined to invest in commercial properties as opposed to pure speculation and the stock market. The banks and manufacturing industry will go through a complete overhaul and new standards to control excess will be implemented. 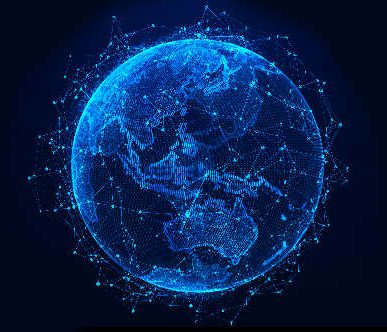 Jupiter in Aquarius will be one of the greatest inventive periods when it comes to a new use of light, electromagnetism, particle theories, quantum physics, and even quantum or cell computers. 3D TVs and desktop holography will be possible due to much faster internet speeds using fiber optics and light, and cell phone technology will become saturated with invasive advertising. Internet-based phones and more coverage in rural areas due to innovations in cellular technology will truly make the internet and social networking in the Aquarian area of communication. Virtual meetings, holographic images, and desktop ISPs (even virtual psychics!) could become a reality now, World events 2020 show that virtual government will try to make inroads with the common people.