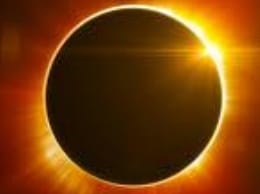 Tetrad Moon Lunar Eclipse is something a lot of people have been making a big deal about the “blood” Moon and how it is the beginning of the end of the world etc. the same routine which the doomsday prophets used to scare people to repent or buy their potions or whatever the scam was. I am sure there are some who actually believe it is the end of the world or some major apocalypse is upon us.

On 8th Oct 2014  Wednesday morning, for between two and nine minutes, you might get the chance to see both moonset and sunrise at the same time, which is very rare. A selenelion occurs only when a lunar eclipse happens at about the same time as sunrise, allowing observers to see both an eclipsed moon setting and a sun rising simultaneously.

Wednesday morning’s total lunar eclipse, which will be the last total lunar eclipse this year, will begin at 4:45 a.m. ET and end at 9:05 a.m. ET. However, the most brilliant part of the eclipse, when the Earth completely shadows the moon from the light of the sun, will start at 6:25 a.m. ET and end at 7:24 a.m., lasting 59 minutes. It is during this window that the moon will take on its infamous blood-red hue.

What is the tetrad Moon series and why these four consecutive lunar eclipses are important, and what is our astrological interpretation of it?

Any lunar eclipse affects the earth because the earth is being pulled from both sides as the Moon and Sun are exactly opposite each other. It is, in fact, a full Moon except the earth is in between so you see the earth’s shadow on the Moon. If  the Earth was off center then it would be visible as a Full Moon

by Hassan Jaffer ~ People will tend to be very restless and easily bored now. There is an emphasis on communicative and gadgets, buying books and seeking intellectual stimulation rather than manual work. Avoid doing too many projects although it is a time to get away from monotonous routine work. People are more susceptible to lung and breathing-related problems now. Today's color is Yellow. Hassan Jaffer